No flambe this time. I couldn’t find any matches. LOL.

This is another of my grandfather’s recipes. He used to love making it for my sister, cousins and me and now I enjoy cooking it up for my kids. As recipes go, it couldn’t be easier.

The original recipe called for guava jelly (that’s marmalade to my British friends). I couldn’t find any so I used orange marmalade which did the job just fine.

The photos here are displaying my downsized version of the recipe as I was only making it for my two daughters. The recipe below serves six. Banana flame is great served on it’s own but is even better with a scoop of vanilla ice cream.

You might notice that there isn’t any flame above my banana flambe. That’s because I couldn’t find a match. I hold my hands up, I didn’t prepare very well. Still, I decided to call this banana flambe banana flambe anyway as calling it ‘banana’ wouldn’t be right either.

As I watched my daughters dig into this, I ate a raw banana. Growing older can be difficult in such situations. I prefer to save my calorie intake for the weekends though so boring banana it was for me. One missing ingredient… a match, which was why my banana flambe was actually just ‘banana’. Melt the butter, marmalade and sugar. The syrup is ready. Place the bananas in a buttered casserole Cover the bananas with the syrup and bake. 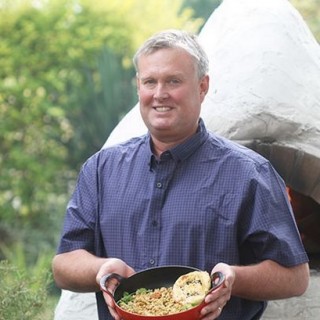